Welcome visitor you can login or create an account.
Home » News Headlines » Brat restaurant in London has just won its first Michelin star.

We are very proud to have supplied the restaurant with prospector pans, which they use for cooking over open flames. 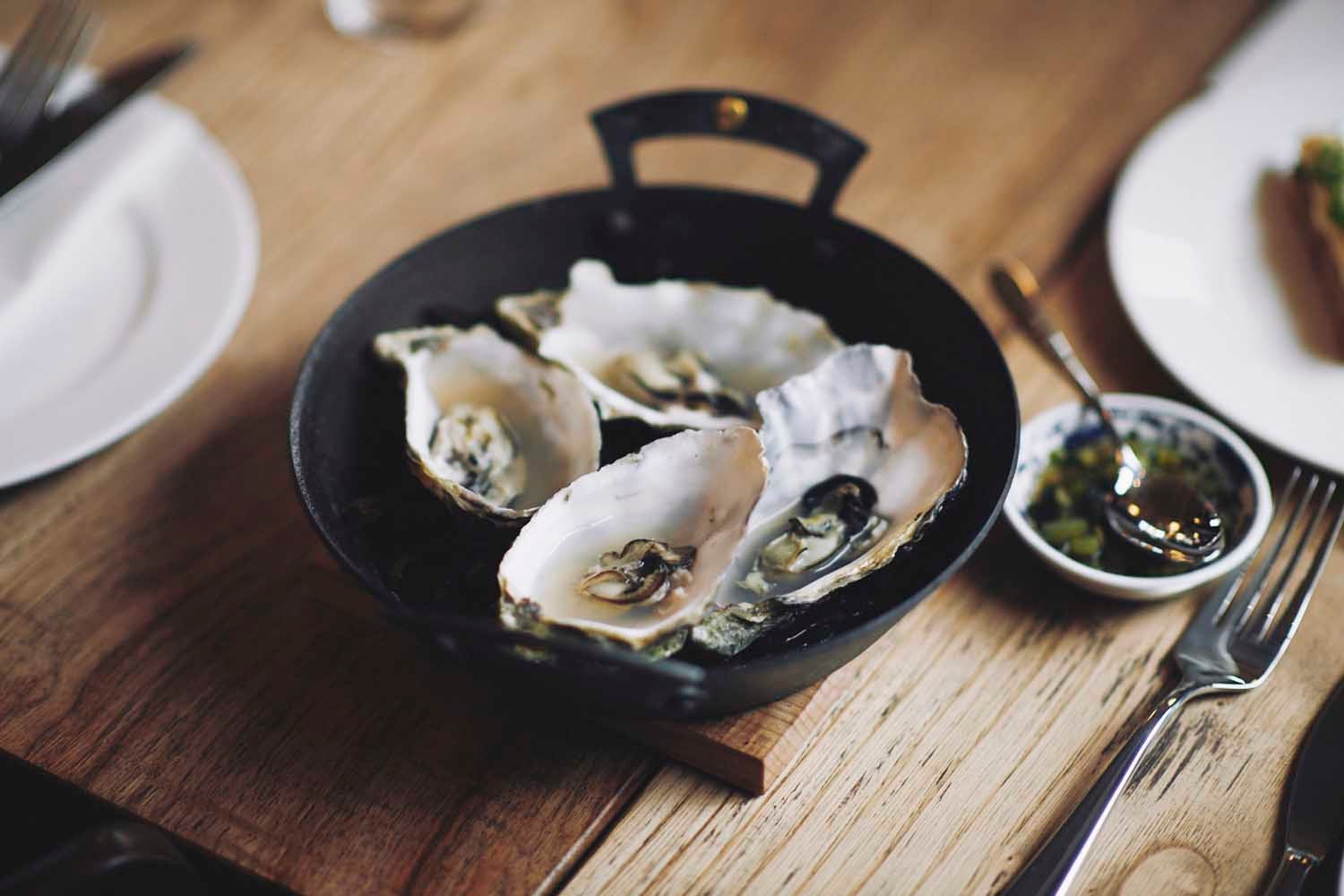 As you can see from this photo, they seem to know what they are doing.????

Click to go the the Brat website for more details, then get yourself down to the restaurant:

3 days ago - Brat earned its first Michelin star in October 2018 — inside the Basque grill restaurant on Redchurch Street in Shoreditch by Tomos Parry.
Click here to read the article and photos:  A First Look Inside Shoreditch’s Hottest Restaurantside S

Here's a section of an  Evening Standard article by KATIE STRICK

Redchurch Street is the livewire that runs through E2.

It’s the first solo restaurant from award-winning Welsh chef Tomos Parry, previously head chef at Kitty Fisher’s, and it’s already becoming the most sought-after table in town. Designer Henry Holland took a select group of fashion editors there last week and Parry says he’s looking forward to welcoming many of his regular A-listers from Kitty’s to his new east London destination — his Mayfair restaurant attracted everyone from David Cameron to Kate Moss.

Though there’s more to the hype than the crowd. The northern Spanish menu is cooked over an open wood fire and includes grilled bread with anchovies, and oysters roasted with seaweed. The butter has induced paroxysms in those lucky enough to try it already but the main event is a giant, 1.2kg slow-cooked turbot, designed to share.

Brat (slang for turbot) opened to the public on Saturday and many of the capital’s top chefs and foodies have swung by for a taste of the turbot. This is what you need to know.

Parry is one of the biggest names on the capital’s dining scene. The Young British Foodie Chef of the Year 2014 calls Brat “a place I would want to eat” and says it focuses on a “particularly gentle and simple” style of fire cooking, with a menu that champions excellent produce. If you’re lucky, you’ll get to see the gastronomic pyromaniac at work.

Parry is the star but there’s a strong team behind-the-scenes. Dan Keeling, founder of Noble Rot magazine and restaurant, helped put together the wine list, which features a few interesting wines from old cellars alongside a list of sherries they’re beginning to bring into the country. The Brat team also enlisted the help of typographer Darryl Lim, used by Smoking Goatdownstairs, who has customised a font especially for the restaurant, blending Celtic and Basque typefaces.

Brat’s menu is all about the grill. Everything on the menu is done in the style of fire cooking recognisable from Getaria, a coastal town in the Basque country. Generally, the rule is “buy well and don’t ruin it”, says Parry. He works closely with farmers and fishermen to structure the dishes around native ingredients at the peak of their season.

The starters kick off with quick dishes including Carmarthen ham, fresh cheese and grilled baby peas. The wood-fire grilled breads are a stand-out, especially Parry’s garlic-bread alternative, a fluffy grilled flatbread drizzled with olive oil and briny anchovies, made using organic grain flour from one of the last remaining stoneground flour mills in Britain.

Then, the main act: the £75, 1.2kg whole turbot, slow-cooked on the grill, It’s firm and succulent with a delicate flavour and a light sprinkle of salt on top for a final touch. Other dishes include slow-grilled red mullet, wild mussel and cockle soup and offal hotpot with laverbread and potatoes. Save room for the wood-fired cheesecake with rhubarb and Parry’s famous brown bread ice cream.

Parry’s following isn’t short on A-listers. He’s on waving terms with Brad Pitt and Bradley Cooper. After fashion designer Henry Holland visited he joked on his Instagram: “Someone named a restaurant after me. #grateful.” It’s already attracted the insider foodie crowd, from Matt Osborne, head chef at new neighbourhood restaurant Ham in West Hampstead, to Conor Daly from new Italian Sorella in Clapham. London food guru Clerkenwell Boy says it has the “menu of dreams”.