Welcome visitor you can login or create an account.
Home » News Headlines » We've been interviewed by the INDEPENDENT

We've been interviewed by the INDEPENDENT

We've been interviewed by the INDEPENDENT

A good pan for life is a kitchen must-have, and Netherton Foundry’s cast iron cookware is made to last. Julia Platt Leonard visits the sustainable iron masters

Launching a new, small, independent cookware range isn’t impossible, but it’s certainly not easy. The field is crowded with big names with big budgets who can easily squeeze out the little guy. It takes a certain reckless determination coupled with a brilliant product to make it happen. Luckily, Netheron Foundry has both.

Netherton Foundry makes cast iron and spun iron cookware – frying pans, sauté pans, tagines and slow cookers. The range is large with over 100 products and includes everything from spun aluminium kettles to bakeware. They have a distinctive black matt finish, with simple lines and an elegant but unfettered look. They feel substantial and solid and something made to use, treasure and pass on.

That’s the idea that husband and wife team Neil and Sue Currie were after when they started the company in 2011. They’ve both worked as product designers, designing domestic electrical appliances as well as cookware to be made in Eastern Europe and the Far East. But they came to the conclusion that they wanted something closer to home. “We would far rather be making products that we wanted in our own kitchen, made locally if possible, from sustainable materials and not subject to seasonal fashion. In short, we wanted products with provenance, that would last and last,” Sue says.

The couple launched their South Yorkshire (actually we're in South Shropshire...Netherton Foundry)-based business with a slow cooker and convinced a local hardware store and a deli to stock it. That was in August and by Christmas of 2011, they were on sale in over 20 independent stockists. Today, they’re found in over 100 shops in the UK and overseas.

Supporting local independents is a key part of their ethos, as is working as much as possible with local craftspeople and resources. They employ six people on site and most of their suppliers are within a 25-mile radius of their workshops. They talk warmly about Jim, who turns the handles for their pans, as well as Rachel, who makes hand-thrown and decorated tagines for them. There is clearly a spirit of shared passion and commitment that is woven throughout their products. 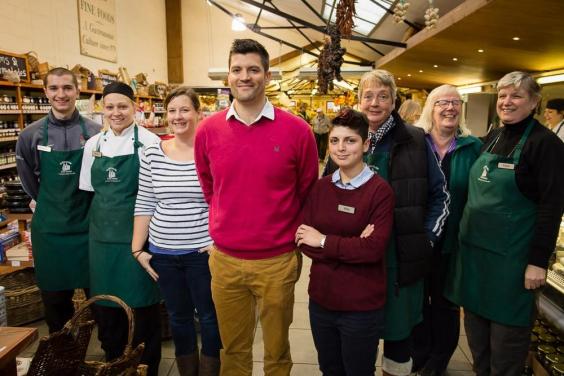 They employ only six people on site, with most of their suppliers within a 25-mile radius of their workshops
(Photo of independent stockist, Macknade Fine Foods, Selling Road , Faversham.  Netherton Foundry)

It’s fitting that Netherton Foundry is based in the heart of England where the industrial revolution was sparked. Abraham Darby (1678-1717) worked in the village of Coalbrookdale, where he discovered a new way to smelt iron, using coke from coal rather than charcoal, so that cast iron could be mass produced. Netherton cast iron casseroles and slow cookers have a timeless look to them with a nod to the past while firmly rooted in the present.

Many pieces in the range are cast iron but others are made from spun iron, which is half the weight of cast iron but offers similar cooking benefits such as excellent heat conductivity with no hot spots. The spun iron wok is a whisper 1mm thick, so it heats up quickly and cools down quickly too. Other spun iron products include saucepans and frying pans. All of the products are PTFE (commercially known as Teflon) and PFOA free and the cast iron pieces come pre-seasoned so they’re ready to use. 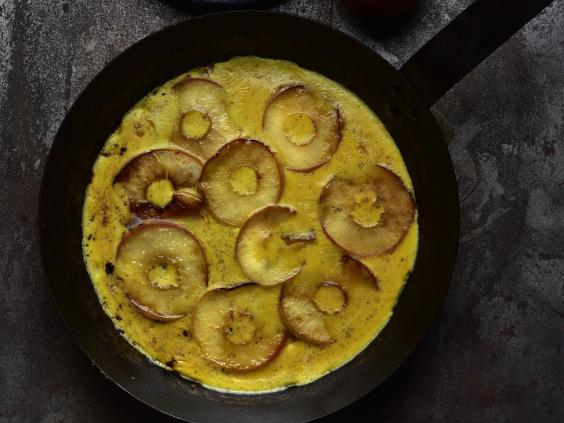 Both cast iron and spun iron have similar cooking benefits, such as excellent heat conductivity with no hot spots

While cast iron has a reputation for being fiddly to take care of, Sue and Neil say it’s not at all. They recommend re-seasoning pans with flax oil, using only a small amount of seasoning oil at a time and remembering that the more you use a cast iron pan, the better it gets. “The beauty of naturally seasoned iron is that it can be restored time and again, no matter what you do to it,” Sue says. And if you lose the finish, you can send your pan back to Netherton and they’ll re-season it for you.

Almost six years on, Sue and Neil admit the challenges in starting their own cookware business, not least convincing independent retailers to stock an unknown brand. “We feel like we are in the Conference League but we are aiming for the Premiership. We really don’t need to be a ‘household name’, but we do want to be recognised by experts and enthusiasts,” says Neil. Those supporters have played a huge role in making Netherton Foundry a talked about, respected and coveted brand. 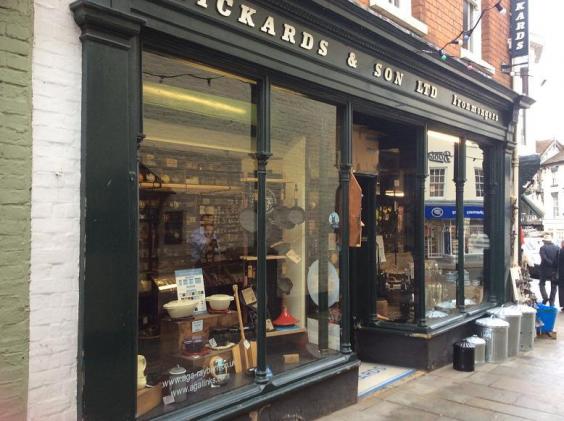 One of the main challenges in starting up their business was convincing independent retailers to stock an unknown brand
(Our first stockist, Rickards in Ludlow, Shropshire: Netherton Foundry)
One such supporter is avid cook and photographer Del Sneddon, who captures Netherton’s beauty in weekly social media posts. He stumbled across them 3 years ago on Twitter and has been a fan ever since.

“I happened to be looking for a seriously robust pan for life – a pan my niece and nephew might fight over when I’m dead. They’re not stylish or conspicuously branded, but that’s why I bought one. My addiction, and that’s what it is, has driven me to over a dozen purchases – every one, including their excellent casseroles, is meticulously crafted.”

Netherton Foundry will continue to grow as more people learn about it but don’t expect to find them in big High Street stores. “We are a specialist, handmade producer and we have no plans to change this,” says Sue. Proof – if it were needed – that bigger isn’t always better.

Click here to read the original  INDEPENDENT article on -line