Welcome visitor you can login or create an account.
Home » News Headlines » Xanthe Clay, The Sunday Telegraph. Welcome to the new iron age 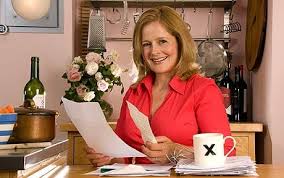 Below is a copy of this article, it's available on :

The new Iron Age: a good pan is a kitchen must-have 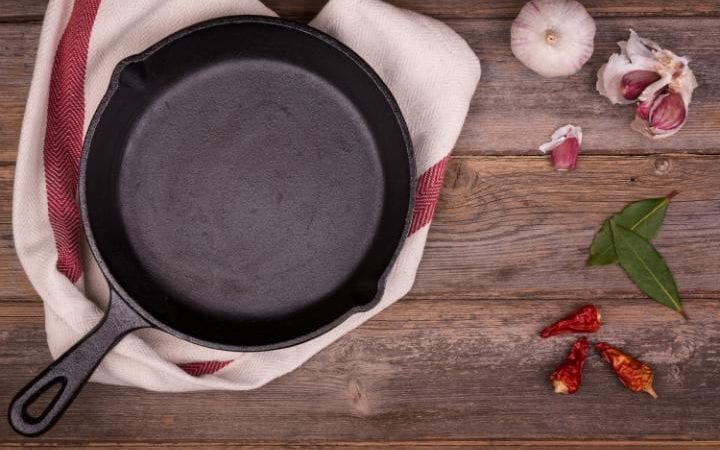 Netherton in Shropshire is a village so remote that the steam train calls more frequently than the bus. Not the most promising place to start a business, you might think. But to the owners of Netherton Foundry, Neil and Sue Currie, it’s entirely appropriate.

Netherton is 20 miles from Ironbridge, the cradle of the Industrial Revolution, in an area where an abundance of iron ore, limestone and charcoal, combined with an easy route to Bristol down the River Severn, made the movement possible. Maybe it’s the history or just good karma, but Netherton’s simple, elegant pans are picking up an illustrious fan base, including Nigella Lawson, chef Jeremy Lee and Telegraph regulars Diana Henry, Debora Robertson and Mark Diacono, all praising their robust functionality. 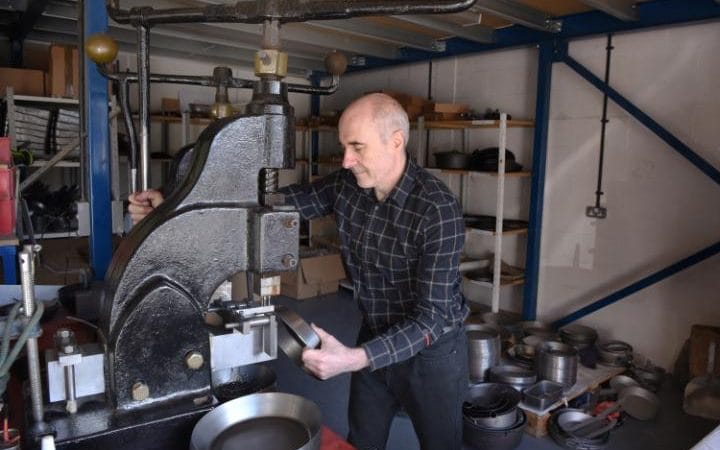 The Curries founded the business in 2011 after Neil, an alumnus of Manchester Art School, became disillusioned with designing kitchen equipment for large companies.  “Kitchenware gets a bit thinner and a bit cheaper every year. There’s a constant drive to bring prices down. Netherton Foundry was about making things that we were happy with,” he told me over lunch, a comforting pan of wild-garlic-spiked minestrone. He also admits to “a total aversion for PTFE”, which is the chief component of most non-stick coatings.

I’m with him. The health and environmental concerns over PTFE and the substances used to stick it to the surface of the pan are disputed by the manufacturers, but the bottom line is the stuff just doesn’t last.  I’ve tried them all, I told Neil, including the kind with red spots and lifetime guarantees and promises that they are safe with metal implements – and after about 10 uses all the glorious slippery non-stickiness has gone and I’m left with (at best) a poor-quality pan and, at worst, one that flakes into my scrambled eggs. 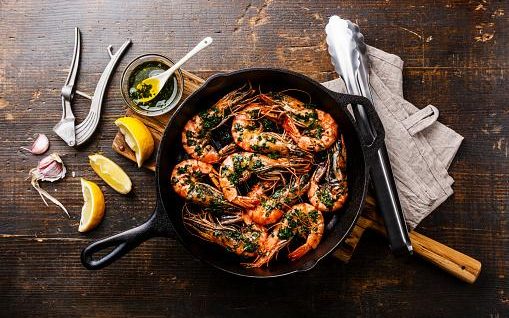 Part of my issue, says Neil, is that I like my pans too hot. “Most non-stick will work up to about 210C. If you are frying a steak, you probably get it to 230C or 240C”. Given that fierce heat is vital for properly browning lots of foods, I need to find an alternative. The Curries advocate iron pans that you season yourself, coating with oil and baking to create a natural non-stick surface. It’s similar to the stove-top method that I’ve used successfully for decades, but with one crucial difference: flax oil.

Also known as edible linseed, and available from health-food shops, it has a higher burn point than vegetable oil, meaning that it forms a plasticised layer on the metal. Bingo, non-stick. And the best part is that should it get damaged, you can re-season it yourself – so that the pans will last your lifetime, and probably your grandchildren’s too. For those of us who rail against the disposability of modern kitchen kit, it’s a godsend. You can use a cast iron pan for just about anything, they are endlessly versatile CREDIT:ELENA VESELOVA / ALAMY

So, are the pans really indestructible? “What is the worst thing I can do to one?” I asked. “Take a really large pan and put it on a tiny ring, so you just heat a small spot. It’s not great to drop a hot pan into freezing cold water, either. Cast iron can break if you drop it on a stone floor, too,” he told me.

The real downside of cast-iron pans is, of course, the weight. Once full of liquid, it takes every ounce of my core strength to lift my Le Creuset. So alongside cast-iron pans, Netherton produces spun-iron pans, sculpted from a disk of metal around a spinning mould (a similar process to throwing a clay pot on a wheel). It makes for a far lighter pan, easy to lift with one hand, and the artisans can vary the thickness, making the base thicker than the sides, for example. It also makes for a pan that is more responsive to heat changes.

How to season an iron pan

Put two tablespoons of cheap salt in the pan with two tablespoons flax (or rapeseed) oil. Heat until smoking.  Protecting your hand with an oven glove, scour the salt over the pan with a thick wadge of kitchen paper.  This first part is not necessary with a Netherton pan, which has already undergone a scouring process.  Wipe out, then wipe with a very thin layer of flaxseed oil. Heat the oven to its highest temperature and put the pan in for 40 minutes.  Allow to cool and repeat with a second layer of oil.

Cast iron retains its heat so well that tinkering with the hob makes little difference to the pan in the short term. A layer of enamel slows down heat responsiveness still further, making them “great for boiling, but not frying”, said Neil. A spun-iron pan will cool or heat far quicker.

In the workshop a pallet of pans is awaiting shipment to the Czech Republic. Netherton exports to China, Japan and Korea as well. “There’s one guy in Germany who buys a pan from us every payday,” Sue told me. There are about 70 in the range, and he is well on his way to a full set. “Then a grandfather brought his grandson in – he was devastated after his mum put his cast-iron loaf tin in the dishwasher.” Iron pans should not be washed with detergent or put in the dishwasher: a simple wipe out or hot water followed by thorough drying is plenty. The Curries resurfaced the baker’s loaf tin. Out in the workshop, Mandy Powell, who used to work on Formula One cars, was riveting handles on to pans, using a Thirties fly press and rivets from “a man in a 100-year-old factory down the road who really understands how to soften metal”. The pans are blasted to give a perfect, lightly textured finish to hold the seasoning oil, then baked for three hours at 300C before wooden handles are added. It’s not dissimilar to the way pans were made in the industrial revolution.

Netherton-foundry.co.uk  Prices start at £42.50 for a spun-iron 8in frying pan

Hob heroes: iron pans that will last a lifetime The granddaddy of all enamelled cast-iron pans, made in France for nearly 100 years, in a large range of colours, with smooth pale interiors. 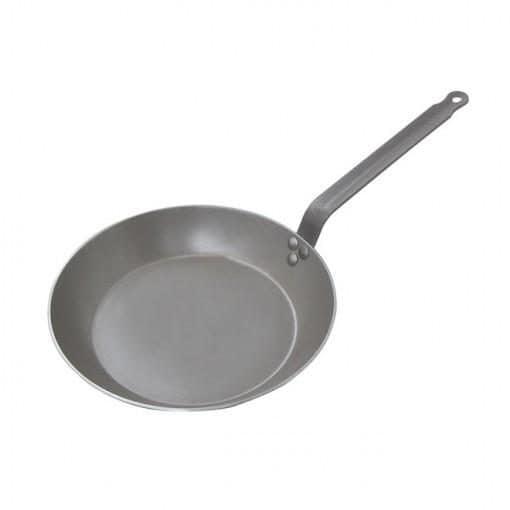 Excellent-value non-enamelled iron pans made in France, although not as highly finished as those from Netherton Foundry. 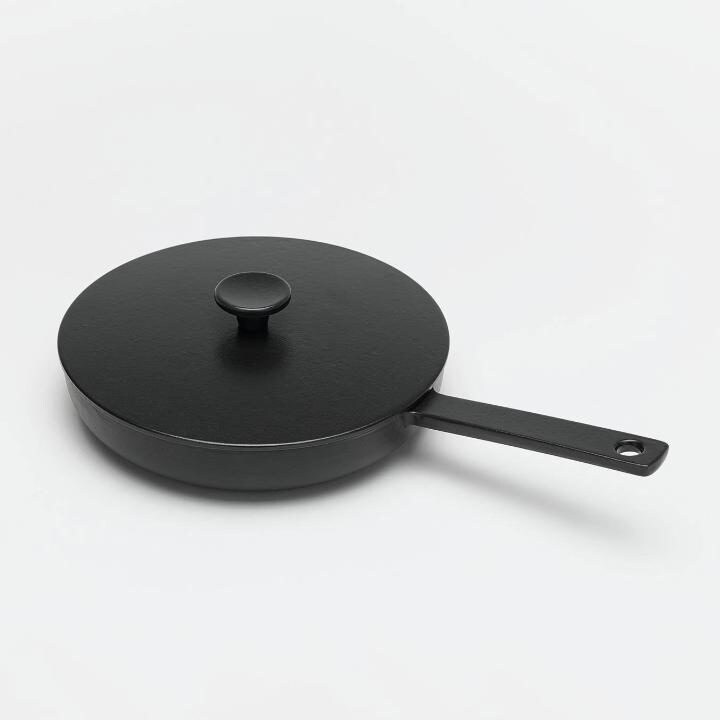 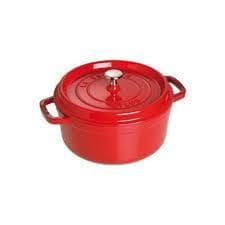